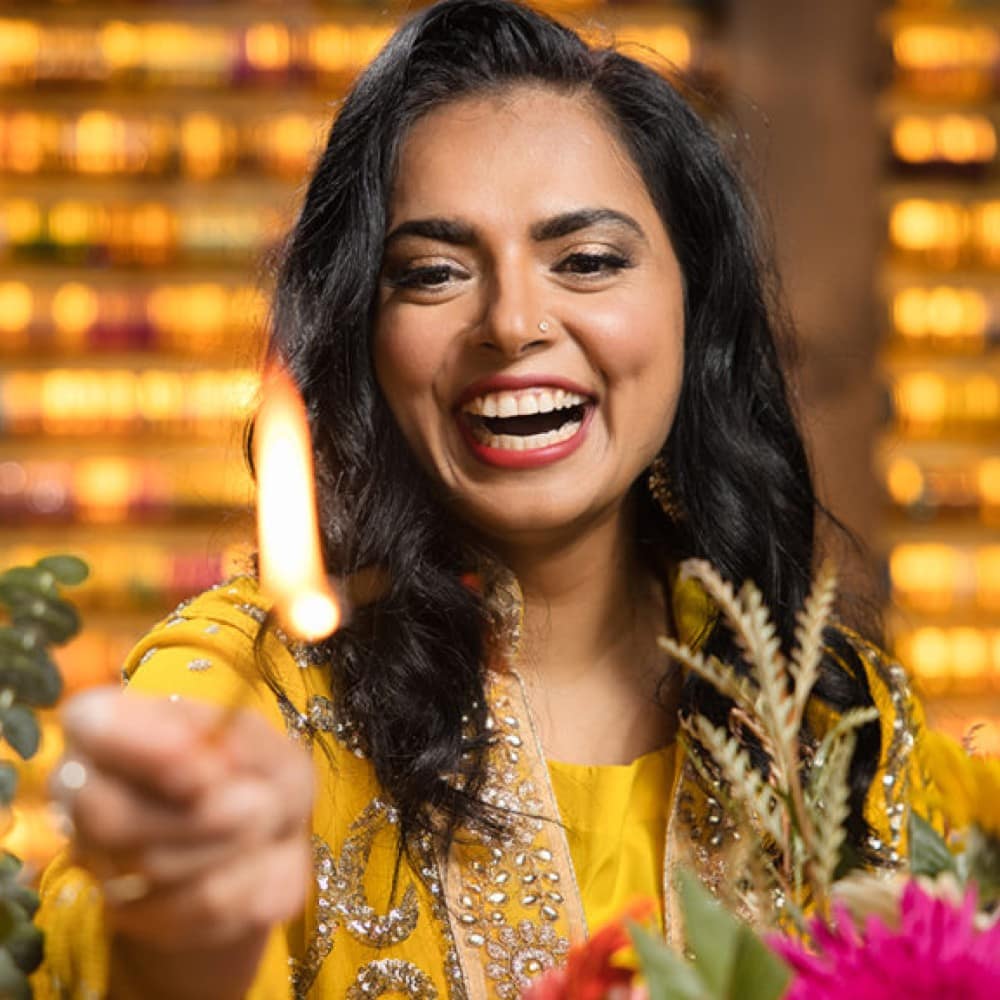 It was the love of food that made Maneet Chauhan a successful chef, but it’s the same career that took her away from her homeland. After moving to the USA to get admitted to the Culinary School of America, Chauhan lost her link to the festival of Diwali, a celebration very significant to her Indian culture and also to her childhood memory of foods. Now settled in the USA, chef and TV star Maneet Chauhan proudly holds the badge of honor of being Indian. She keeps those memories and connections alive by celebrating Diwali at home, with all the authentic traditions and the dishes her mother used to prepare for the occasion.

The Family on Diwali 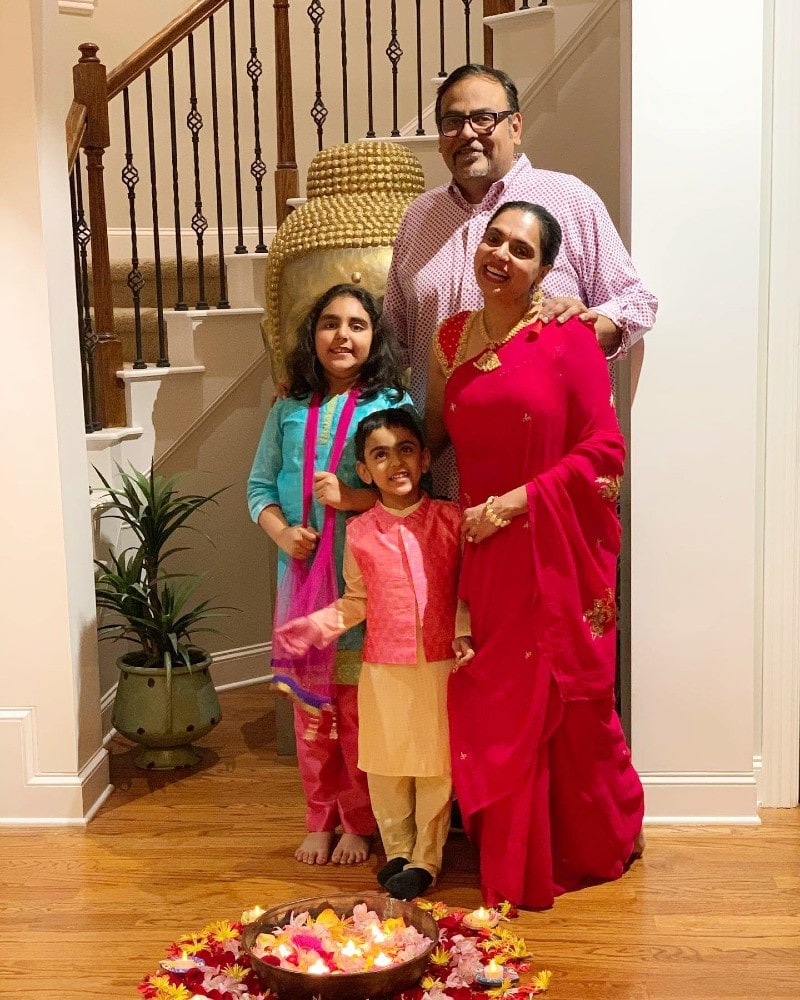 Maneet Chauhan left her hometown in Jharkhand, India to study the culinary arts in America. Now, she and her husband, Vivek Deora, live in Nashville, with their son Karma and daughter Shagun. After years of assimilating into the western culture, Chauhan is back to relishing her roots and also wants her children to be aware of their cultural origins. She created her own Diwali traditions and started to host Diwali parties along with her husband for their friends and families, both Indians and Americans. They decorate their home with traditional rangolis, candles, and fresh marigolds, polish the pious silverware, prepare Indian dishes, and put up DJ and Mehendi stalls for the party. 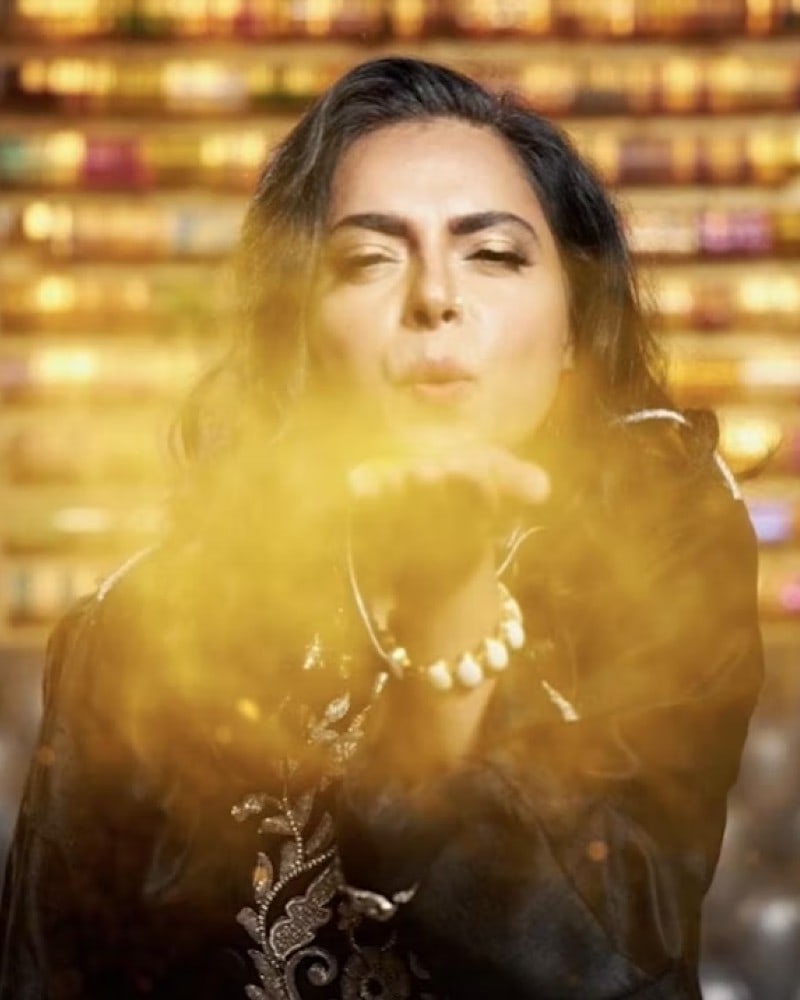 It’s important for Maneet Chauhan to keep her Indian traditions alive and to give her non-Indian friends a glimpse of the fun festivities of Diwali, the biggest holiday of the year for the world’s second-largest populated country. Her Diwali house parties are her way to get everyone together and appreciate each other’s cultural traditions while having fun. There can be a lot of nuances to putting everything together for one to two days, but when people start to come with smiling faces and leave with wider laughs, Chauhan knows all her efforts are worth it. She believes that there’s no better way to get to know and appreciate each other than eating, dancing, and enjoying each other, even with cultural differences.

The Dishes to Feast 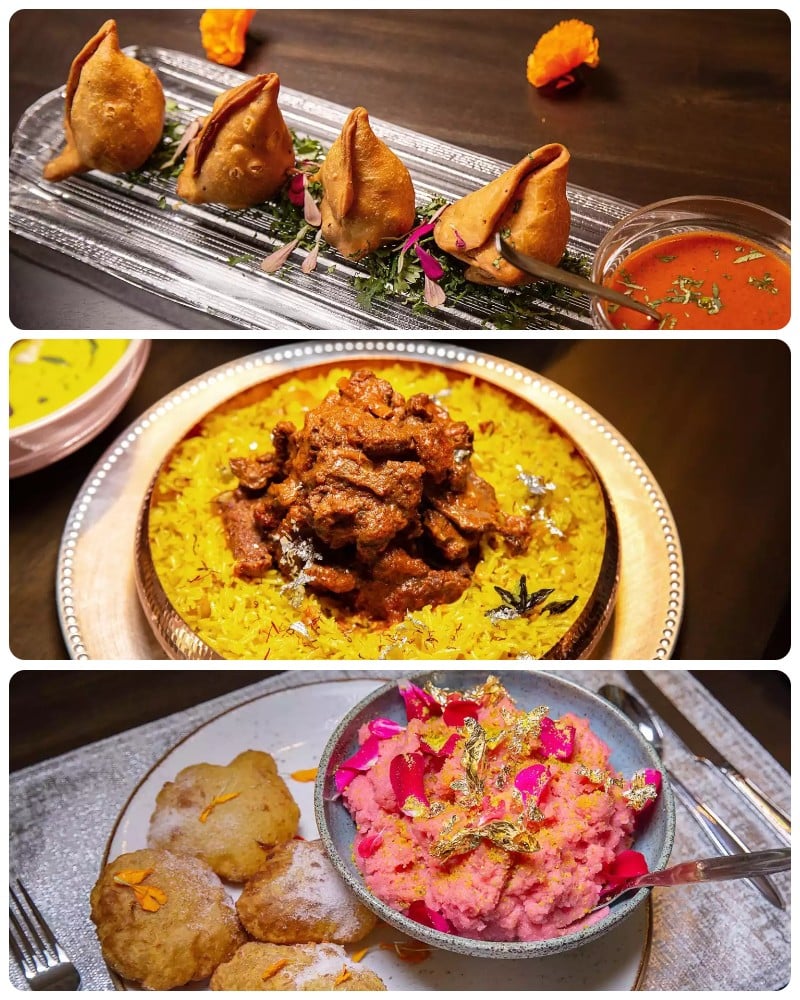 Of course, the Diwali party of celebrated chef Maneet Chauhan isn’t complete without her own homemade foods. Chauhan cheerfully admits that she often goes overboard while presenting a delectable Indian feast for her Diwali parties. She generally starts with Chicken Tikka Masala Samosas, which she first created for her kids. There are also Masala Mixed Nuts to snack on. This seasoned and fried nut mix is a favorite childhood snack of Chauhan. For dinner, the guests feast on Tandoori Pomfret, a richly marinated flaky fish, prized in India. The center of the meal is Laal Maas with Sweet Saffron Zarda Pulao, a Rajasthani goat meat and rice dish inspired by Chauhan’s mother’s cooking. To finish with a sweet note, Chauhan presents Marigold Pooris with Rose Halwa, a Diwali-special dessert creation. Chauhan also encourages everyone at her party to eat with their hands like a traditional Indian. The guests generally oblige, as the foods turn out to be finger-licking good!

Ginger Ale and Upset Stomach — Does it Really Help?

We often find ourselves reaching for a bottle of ginger ale when we have an upset stomach. It’s ...

If you’re looking for something to sweeten up your life, then you could just head to the corner ...

McDonald's menu is full of numerous options, and everyone seems to have their favorites. One menu ...