With all eyes on Princess Eugenie and Jack Brooksbank’s wedding over the weekend, something has to be said about their royal wedding cake! Unlike at the royal wedding of Meghan Markle and Prince Harry, these newlyweds chose a five-tier, red velvet and chocolate cake with white frosting and embellished gold details with their initials E and J. 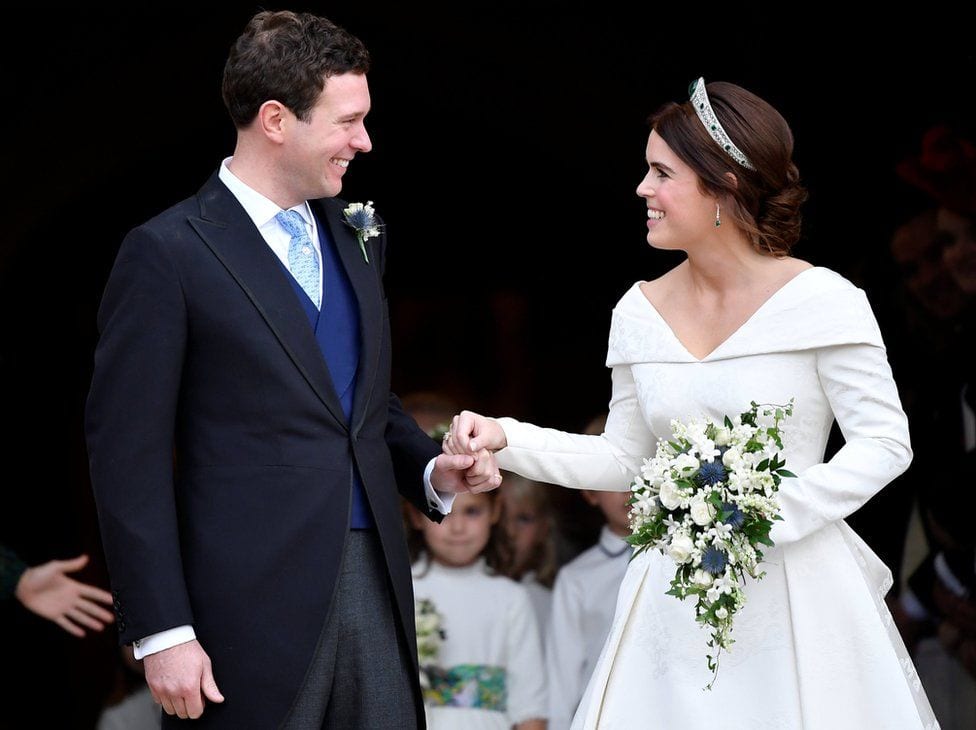 Since Meghan Markle and Prince Harry had their wedding in the Spring, they chose the perfect elderflower cake, but for Eugenie and Jack to celebrate their autumn wedding, they chose to have ivy, flowers, berries, and fall-colored leaves to fit in with the season. “Even the flavor, I think, has got an autumn feel to it,” West London-based cake designer Sophie Cabot said. 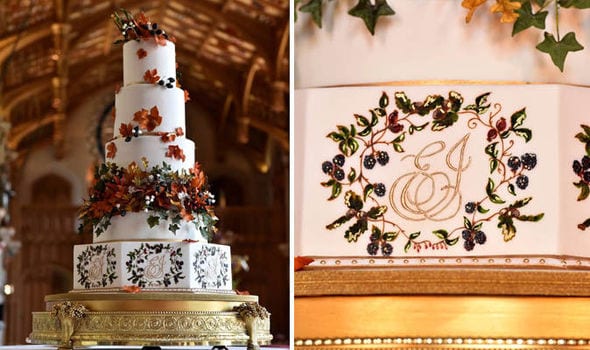 Speaking of the cake in a YouTube video released by the royal family the day before the wedding, Sophie Cabot said, “The cake is a five-tiered cake, but it’s varied in different heights, so it’s modern but it’s also traditional.”

She continued, “Ivy is something that Princess Eugenie is very connected with, and it’s a lovely thing to draw on and to include.” Moreover, Sophie admitted that she had never made a cake of this size, which was enough to feed 850 guests. “I’m used to baking on a much smaller scale, so it’s a challenge,” she admitted. 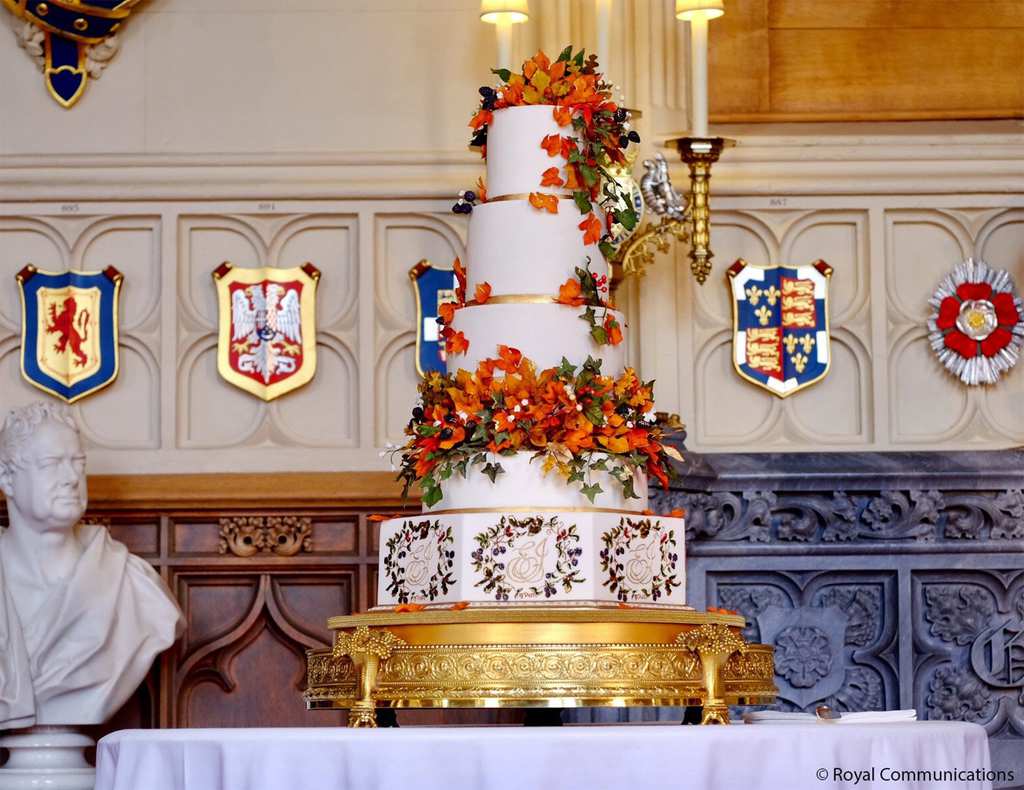 According to People, the unique cake consisted of 53 packs of butter, 400 eggs, 44lbs of sugar, and 33lbs of organic, self-raising flour. While we all try and take that recipe in, guests at Windsor Castle were most likely enjoying every bite during the celebrations. Among the newlyweds’ guests were, of course, the rest of the British Royal family, as well as well-known celebrity faces who have come from around the world to join in on the second royal wedding of the year.

Chick-fil-A may have found itself in a lot of hot water during the past few years, but despite ...

The Best Pumpkin Spice Recipes To Welcome In Fall

Fall is almost here, and you know what that means: it’s pumpkin spice season! If you’re ready to ...

Is The Argument That Bread Crust Is Healthier A Big Fat Lie?

When your kids ask you to cut the crust off their sandwiches, one can't help but wonder if by ...