In response to repeated requests by customers over the years, Chipotle has at long last unveiled its newest menu item: a side of queso. Ever popular, the warmed, spicy cheese dip has been notably absent from the fresh Mex fast food chain since its inception 24 years ago, but that has finally changed this September.

Though some critics had a chance to taste it at Chipotle’s Manhattan test kitchen this past summer, its public reception hasn’t exactly been smooth. Robert Siestma, a food critic for Eater NY wrote in July that the dip was both bland and grainy, which is antithetical to everything a good queso should be. 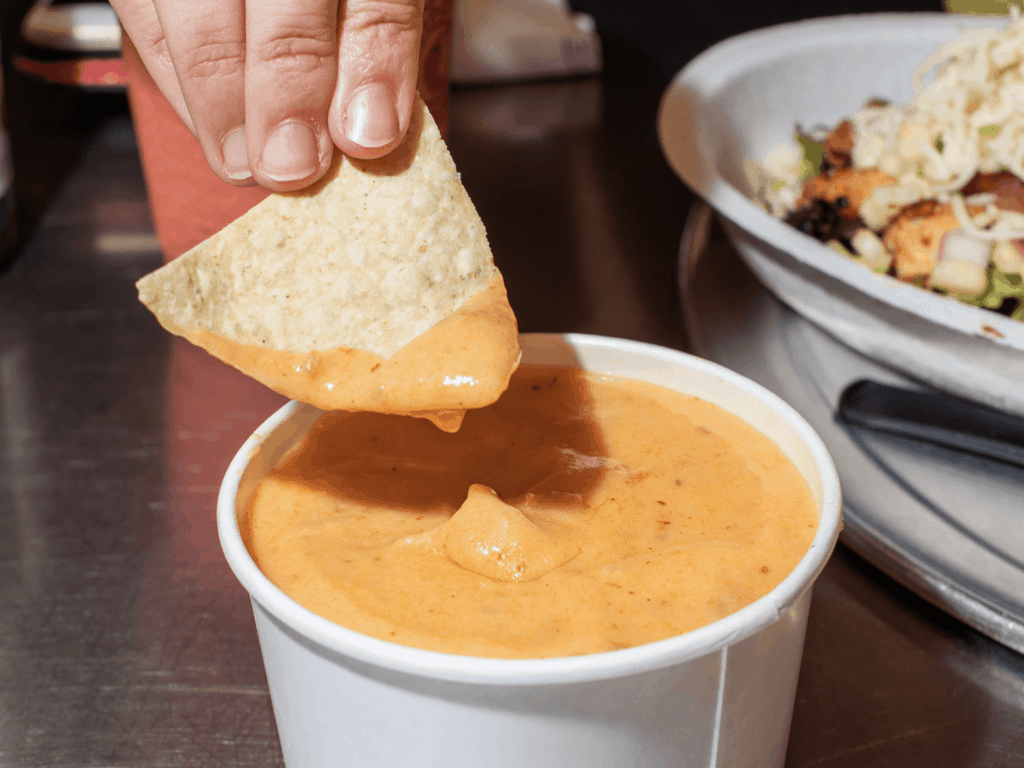 Drew Magary published an extensive review detailing is full queso-trying experience for GQ, where he adamantly insists that he’s not a die hard Chipotle defender. He detailed that he arrived prior to the Chipotle lunch rush in order to beat the rowdy teens that frequent the same location, and received a number of odd looks as he attempted to concoct a chorizo queso.

He ultimately concluded, “People, this was perfectly fine queso. It was expensive and delivered in awkward fashion, but I ate the whole thing.” Though to be fair, his addition of chorizo probably added a significant amount of flavor to the dip. 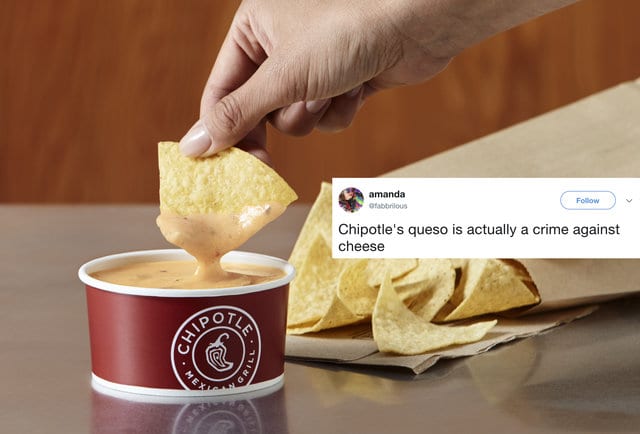 Other reviews were not nearly as forgiving. Kenny T wrote on Yelp from San Diego, “I came here to try their new queso because I had always been a fan of qdobas melted queso. … The queso was EXTREMELY disappointing. It was super light and watered down. I mean it’s like 6 shades lighter than the queso they show in advertisements. Qdoba definitely does it better.”

There were several other slightly more favorable reviews, but judging by the Twitter reaction, the general consensus seems to be that Chipotle really missed the mark on the queso, which is probably still preferable to the issues they’ve been having with food safety in their restaurants.

Get Your Buzz From This Boozy Ice Cream “Barlor”

Spiked milkshakes and slushies have become the norm in many cocktail bars around the world, but one ...

Is it ever too early to get in the holiday spirit? Nah, we didn’t think so either. Whether you’re ...