For all the debates that rage back and forth about whose pizza is better, New York is generally a clear winner over Los Angeles. Many East Coast transplants to the City of Angels have found that while they might have significantly better weather, the pizza on the West Coast is definitely lacking. If you’ve ever wished that you could simply order a New York pizza to your Los Angeles door, Jet Blue is here to make your dreams come true.

Billing themselves as “New York’s Hometown Airline,”it’s not surprising that Jet Blue has taken on this tall task. For a limited time, they’re offering to fly fresh, New York pizzas to Los Angeles residents. The pizzas will be supplied by local favorite Patsy’s Pizzeria, whose shop stands in East Harlem.

Patsy’s Pizzas takes the classic food to a whole new level by baking them in an old-school, coal heated oven, which imparts a flavor that’s worlds better than anything an electric oven can make. After the pizzas have been baked, the staff at Patsy’s will pack the pies for the flight, and Jet Blue will shuttle them across the country. 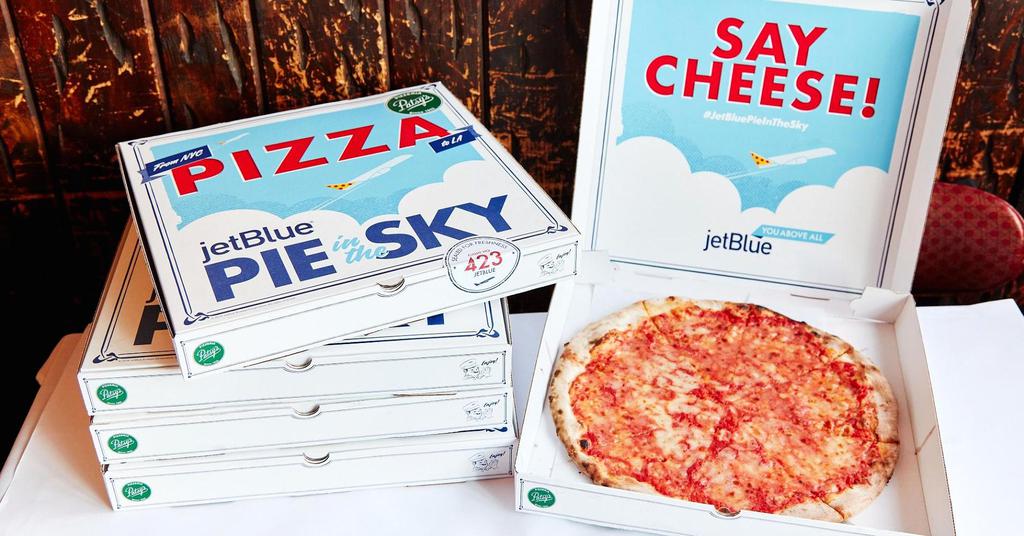 If you have concerns that you’ll be eating lukewarm or even cold pizza, allay your fears. Jet Blue likely has a perfect set up for delivering your pizza at the perfect temperature. After all, warm, gooey cheese is half the point of ordering pizza in the first place.

Combined with the thin, crisp crust of a New York-made pie, you’ll feel just like you’re strolling down Broadway, even if you’re really indulging while lounging in Santa Monica. Even better, there won’t be an extra cost for the pie’s flight, the whole deal will cost the standard $12 if you decide to order a regular pie and $15 if you want pepperoni.

Tyler Florence is a chef and television host. He currently is the face of Tyler's Ultimate, a show ...